Fukushima fallout much worse than Chernobyl

"The scientists said the Fukushima prefecture, as a whole, "is highly contaminated" - especially to the north-west of the Fukushima Daiichi nuclear plant."
http://globalpost.com/dispatch/news/regions/asia-pacific/japan/111115/japan-radioactive-soil-unsafe-farming

Massive radiation levels in Canada - covered up by government: 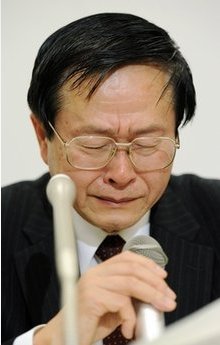 We would like to explain the seriousness of the Fukushima nuclear accident.

"The amount of radioactivity dispersed by a major nuclear accident such as Fukushima is negligeable in comparison to that of a nuclear bomb such as the one dropped on Nagasaki".

This means that the radioactive fallout, the "leftover" of the nuclear explosion of "Fat Man" over Nagasaki was made of about 5 kilograms of Plutonium 239 and the nucleotides it spawned.

Fukushima #3 contained 90 tons of fuel. [4] Since at least 5% of that fuel is Pu239/240, the total amount of Plutonium in its core is at least 4500 kilo, or roughly a thousand times more than the Plutonium fallout caused by the nuclear bombing of Nagasaki.

So on the back of the envelope, if 100% of Fukushima 3's reactor core exploded, the fallout would have been about 1000 times worse than Nagasaki. How much of Fukushima-3 did end up in the atmosphere?

You be the judge:

This looks like a gigantic explosion to me (YouTube deleted the original, clearer clip due to a Japanese TV Copyright claim), but I'm no expert, so I went to nuclear engineer and expert witness for the Three Mile Island accident Arnold Gundersen's blog, where he says that in his opinion, the explosion was a "detonation, not a deflagration as happened in the other reactor building", and he thinks the spent fuel has been instantly vaporized and turned into black dust due to a prompt criticality as the fuel rods melted and reached critical mass. He says that the Plutonium powder is now being carried over the Pacific and will reach the continental US.

So if we just look at how much Plutonium isotopes are released into the environment, the Fukushima accident is comparable to a thousand 21 kiloton nuclear bombs going off. Mr. Gundersen debunks the claims that "little radiation" was released due to a "Hydrogen explosion". The dark color of the cloud points to vaporized fuel rods. The extreme upward energy of the explosion points to a high-energy detonation, not a gas explosion. If we believe in a less serious explanation of events - only the reactor core and not the much larger spent fuel pool went up into smoke - then most, if not all of the reactor core vaporized and was dispersed as a fine dust high into the atmosphere - five tons of Plutonium powder blowing East.

So if 100% of Fukushima number three nuclear reactor core exploded, 900 kg of Pu240 would have been released, with an equivalent radioactivity of 3300 kilo of Pu239.

This is the truth: Fukushima #3 could have released 1380 times more Plutonium-related radioactivity into the environment than the nuclear bomb dropped on Nagasaki. This is excluding all the nasty isotopes such as Iodine 131, Cesium 137 and Strontium 90. Plutonium is mainly an alpha-radiator. Alpha particles are the most dangerous of all radioactive radiation. One alpha particle typically knocks 100,000 electrons out of their orbits. In more practical terms this means that a single alpha particle can easily damage DNA enough to cause cancer. The cheapest commercially available radiation monitor that can adequately detect alpha particles in food and soil costs around 3000 dollars (e.g. a Ludlum alpha scintillation counter/scaler combo), making it impossible for people with an ordinary Geiger counter to detect them, because specialized mica-windowed pancake tubes or scintillation counters are required. This is far beyond the capabilities of the great majority of devices sold online. To detect alpha radiation in air requires even more complex devices. Note how we assumed that only the reactor core exploded - something proven in the pictures published on Cryptome.org. If Arnie Gundersen is to be believed however, the explosion occured in the spent fuel pool. Spent nuclear fuel contains an even higher percentage of Pu240 than core fuel. And 40 years worth of spent fuel was in that pool. If it all went into the atmosphere, we're looking at more than ten thousand times more alpha-radiation in the Plutonium fallout than happened at Nagasaki. At Nagasaki, the Pu particle sizes were extremely small, as they were created by a nuclear explosion. You would need to breathe in many of such particles to be exposed to a lethal dose. The particle sizes created at Fukushima 3 are of a range of sizes, and many particles have been created with sizes easily spread by the wind and ultimately lethal when inhaled. Four reactors have suffered a full meltdown, fuel pools are on fire and there is no end in sight.

Meanwhile, radiation levels in rainwater in the US are incredibly high. This man uses a pancake mica-windowed Geiger tube that is the only Geiger counter that can acceptably detect Alpha radiation:

And it's getting rapidly worse:

In Tokyo, there is severe radioactive contamination:

As we have come to expect of our governments, radiation monitoring networks worldwide have either shut down or stopped releasing data to the public. Alpha radiation levels in airborne dust are not disclosed to the public. The "open source" networks of volunteers with Geiger counters show not much cause for alarm - but that's because their Geiger counters can't detect nearly any alpha radiation. It is irrelevant what the background levels are. All that counts is how much of which radionucleotides end up in your body. You can't find that out by using a Geiger counter. You'd need much more sophisticated equipment than a Geiger counter. This is why we rely on the authorities to inform us. The EPA announced it would stop all radiation monitoring for the next three months! Since the half-time of Iodine 131 is only eight days, that means if a massive contamination of milk would occur tomorrow, there would not be a trace of it left three months from now! Fukushima has half a dozen fuel pools and reactors in full meltdown, the radiation there breaks records every day, the entire site is a smoldering pile of smoke-spewing rubble, releasing gigantic amounts of radiation each day, but the EPA decided to cease monitoring. We would like to provide a link to this scandalous announcement, but it is on their "latest news" section without permalink provided, and their notice will be gone by the time you read this. Here is a copy:

The EU has 20 times less strict radiation level limits for edibles than Japan [11], so Japan will start exporting their contaminated cattle feed to the EU soon. Even when their feed is above EU limits, it can be mixed with uncontaminated feed to just pass. Eventually, Plutonium particles will enter the human food chain. Meanwhile, the EU stopped monitoring Plutonium in food/feed imported from Japan: "It is appropriate to restrict the obligatory controls to iodine-131, caesium- 134 and caesium-137." [12] In Japan, Web hosting companies and ISP's have been asked by the government to censor "illegal information that could cause unrest" [8]. The man in our picture at the top of this article is a crying Toshiso Kosako, chief nuclear advisor for the Japanese government. He said that school children in Fukushima province are under serious threat due to the nuclear fallout and that the government has covered this up [9]. Mr. Kosako said that his conscience forced him to resign. Meanwhile, radiation far from the Fukushima power plant greatly exceeds the levels above mandatory relocation at Chernobyl - and the Japanese government is covering it up [15].

Japanese scientist Michio Kaku on the severity of the fallout:

Last but not least, we offer here for free download the book (it has been made available for free by its authors) that claims almost a million people worldwide died of cancer due to Chernobyl, of which 270,000 people in the US. They used 450 scientific studies to arrive at that conclusion. The book has 349 pages and is pretty hard to digest, as it is a scientific work. The Fukushima accident already released radioactivity on a par with Chernobyl and will likely turn out worse [10] [13] [14]. 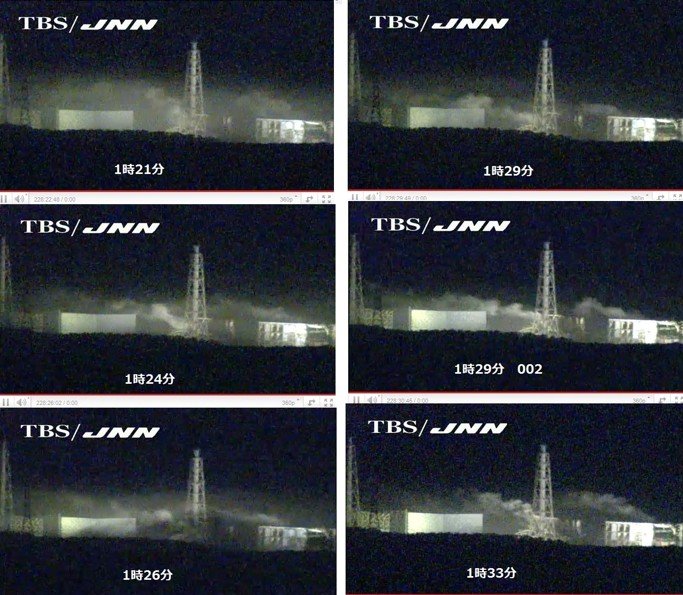 This fire is spreading enormous amounts of radioactivity and is very much worse than a mere core meltdown:

For more in-depth facts about the Fukushima disaster go to:

YOU STUPID IGNORANT JAPANESE FOOLS!!! YOUR COUNTRY ONLY EXISTS BECAUSE OF EARTHQUAKES AND IT'S NOT IF BUT WHEN YOU HAVE ANOTHER CRISIS AND YOU KNOW THIS YOU SELFISH IDIOTS!!!!

It's not about Japanese being ignorant, do you know who designed the reactor there? GE- that's General Electric, an American company. It's the US and foreign companies that design and build the plants and push then on other countries. The NY Times did a piece on that reactor design and apparently it's not the safest design. The problem is that nuclear power is not safe period. An accident or natural disaster can happen anywhere and has come close in the US with 3 mile Island. And the nuclear plant in on the Hudson River in upstate NY sits on a fault line. So instead of blaming the Japanese, maybe you should blame the Nuclear power industry, that spreads the propaganda that nuclear power is safe. There is no safe level of radiation, and it contaminates for thousands of years. California has nuclear plants and California is very Earthquake prone as well.
Before calling a nation and people ignorant you should know the facts...