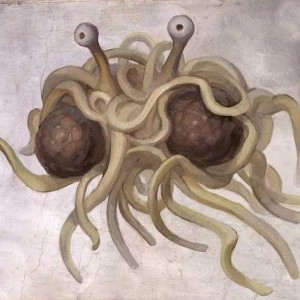 What is better than a diet that "can prevent all disease"? On such a diet, you can have unprotected sex with prostitutes because it prevents the HIV virus from causing AIDS, you can smoke as much as you want because it prevents the smoke from causing cancer, and you don't have to worry about eating spoilt meat any more. Verily, the diet we're going to examine here will make you impervious to bacteria in tick bites as well as immune to skin cancer from UV exposure. You will never get the flu again until you die of (very) old age. You see, disease and illness isn't caused by bacteria, virii, parasites, fungi, prions, environmental toxins, radiation and genetic predisposure, no: All disease is caused by acid-forming food! You can cancel your health insurance when you start this diet. It must be true because some doctors in the thirties said so - urging you to buy their books "So that you will never get sick again"..

"Now we depart from health in just the proportion to which we have allowed our alkalies to be dissipated by introduction of acid-forming food in too great amount.. It may seem strange to say that all disease is the same thing, no matter what its myriad modes of expression, but it is verily so."

"The countless names of illnesses do not really matter. What does matter is that they all come from the same root cause.. too much tissue acid waste in the body!"

We're talking about the "Acid / alkaline pH balance diet" - a most persistent and damaging myth.

Even though this simplistic grand unification theory of disease is downright ludicrous, there still are websites peddling all kinds of tests, books, diets and supplements "to maintian proper pH balance". They persuade their readership to waste money on "essential" supplements (usually through profitable affiliate links), and spread paranoia about certain foods that is totally unwarranted - claiming earthly bliss as long as one's pH is "balanced". Are they on to something, in spite of their wild claims? Let's look at the hard, published and peer-reviewed clinical evidence, published prior to the publications of the books of the two doctors mentioned above. The following is a study into the effects of a meat-only diet. Two former polar explorers ate nothing but meat, fat and bone marrow for an entire year. 80% of the calories they consumed came from (fully saturated) animal fat. The study mentions that this diet is extremely acid-forming, and notes that the acidity of the urine in the test subjects increased very substantially. An account of this period by one of the (ethnically white European) participants in the study can be read here: Part 1 and Part 2. He ate nothing but fat, bone marrow, fish and meat for five years out of ten and enjoyed excellent health. Especially the first PDF is a worthwhile read.

Note: Relatively primitive methods were used to determine this, and with those methods it was impossible to detect slight bone loss or slight vitamin deficiencies. In my opinion, modest daily Calcium supplementation of at most a gram daily could fully reverse their negative Calcium balance, especially because saturated fats are beneficial to Calcium uptake.

From "The Fat of the Land":

"One serious fear of the group of scientists conducting our Russell Sage trials at first seemed to be realized—the measured pan of our diet for the year turned out low in calcium. This was not demonstrated by any tests upon Andersen or me, and certainly no one could have proved it by asking us or looking at us, for we felt better and looked healthier than our average for the year immediately previous. The calcium deficiency appeared solely through the analyses of the chemists."

"When a doctor looks for a calcium deficiency, he studies bones. The thing to do, then, was to examine the skeletons of people who had died at a reasonably high age after living from infancy upon an exclusive meat diet. Such skeletons are those of Eskimos who died before European influences came in. The American Meat Institute was induced to make a subsidiary appropriation to the Peabody Museum of Harvard University, where Dr. Earnest A. Hooton, Professor of Physical Anthropology, undertook a thoroughgoing research on the calcium problem in relation to the Museum's collection of skeletons of meat eaters. Dr. Hooton reported no sign of calcium deficiency. On the contrary, there was every indication that the meat eaters had been liberally, or at least adequately, supplied. They had suffered from calcium deficiency no more in a lifetime than we had in our short year."

What is especially interesting to note is that, according to the book, many Inuit, in spite of the Cree derogatory term "Eskimo (eaters of raw meat)" hardly ever ate raw meat, or the vegetable contents of intestines, or bones. The northernmost Inuit never ate any food of vegetable origin and no Inuit ever ate more than 5% food of vegetable origin. It is a persistent but erroneous myth that a meat-only diet would be eventually bad for us - as much as the opposite myth - that a vegetarian diet would be unhealthy in the long run. Fact is, people can do very well without fruit, nuts and vegetables and even table salt, and Inuit were the living proof for that. The problem with our diets today is that they contain to much garbage. Empty calories, processed "food" devoid of vitamins and minerals, and trans-fats. Contrary to popular belief, saturated fats are healthy. It's the trans-fats that kill. Trans fats are so dangerous that the EU parliament is considering making them illegal. The only thing that would interfere with that are the multinational "food" corporations, who would have to use slightly more expensive ingredients. But I digress. "What about the long-term damage done by such a diet," you may wonder. One of the best "dietary reads" is this book "The Fat of the Land" by Vilhjalmur Stefansson who died when he was 83 years old. For many years he lived with the Eskimo's (the PC term is "Inuit") and ate nothing but meat/fish products in an essentially zero-carb diet.

A fascinating read and most highly recommended. 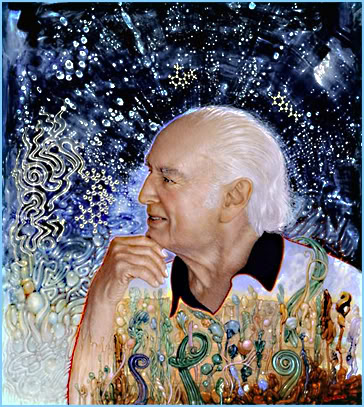 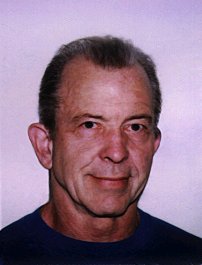 This is a recent picture of Owsley Stanley, 75 years old, born on January 19, 1935. The picture on the right is him at age 65. According to Wikipedia, since 1956, he has eaten little else but meat, eggs, butter and cheese. He himself says that he is a zero-carber since at least 1959. Besides that he has lead a sometimes unhealthy lifestyle: LSD use, hardrock band tours with excessive passive smoking and years in prison for running a narcotics lab. Nevertheless, he credits his diet for surviving an advanced cancer tumor. He is now a healthy and still attractive man, pushing eighty. He says he feels as young as he did in his late thirties. He's been on his "acid-producing" diet for almost sixty years. Intriguingly, he was the world's biggest "acid" (LSD) producer, whilst also being on the most "acid-producing" diet! You can read more about his dietary philosopy here.

However, the Okinawans are a testimony that one can grow very old on a mainly vegetarian diet - as long as it is low in calories. The most important factor in a healthy diet is the avoidance of large portions of high-GI food as well as overdosing on diary products. Excessive consumption of diary products (outside of the herdsman diet) are the main cause of Osteoporosis - I will write an article about that later. Of coure, seven billion people can't all be on a meat-diet: It would destroy the world in terms of greenhouse gas production, soil erosion and fuel required to grow food for all those animals. Fertilizer is made of oil. We "eat" oil. Neither would it be pleasant to the animals. This article is not to prove that a meat-only diet is superior to a normal or vegetarian diet. This article is to disprove the "Alkaline / acid pH balance" nonsense.

No it doesn't, or you would die rather quickly. Deviations of the blood plasma pH from its normal value of 7.4 by ±0.1 and more are very serious conditions known as acidosis and alkalosis. Urine/saliva pH tests as administered by quacks of various denominations are hogwash. Don't get suckered into yet another diet scam.