The doctors that publicly reject the well-proven hypothesis that most neurological syndromes of "unknown etiology" are in fact neurospirochetoses prefer not to tread on thin ice and hence avoid discussing the arguments and studies supporting this theory. Instead, they accuse proponents of this postulation of conspiracy-thinking. They say: "A million doctors can't possibly be wrong so you are a conspiracy theorist". Similarly, when Lyme patients and their treating physicians protest the refusal of long-term antibiotic treatment by insurance companies and the prosecution of LLMD's who prescribe it, the Lymie haters (they call us conspiracy theorists so I find it appropriate to call them Lymie haters) say: "You think there is a conspiracy against you, you are a paranoid conspiracy theorist".

However, there is no conspiracy at all. I once mentioned "a conspiracy of silence" in an article on Lyme as the cause of MS. Lymie haters jumped on that as proof of my conspiratorial thinking, but this merely shows they do not understand the meaning of the expression.

The truth is that I am not suggesting, and never have suggested a conspiracy, and neither do most of the Lyme activists. Instead, we apply Occam's Razor and do not blame on malice that which can adequately be explained by stupidity or, in this case, most of the "cardinal sins", because even doctors are only human. The character flaws listed below were already notorious amongst the ancient Hindus, Christians and Jews and these vices, not a conspiracy, lie at the root of the Lyme problem and most other denialism in Medicine. A good example is the case of Ignaz Semmelweiss. 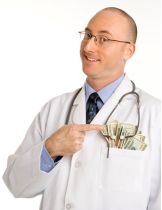 There is a huge difference between the attitude of Western doctors and the attitude of doctors in poor countries or even the older generation of doctors in Eastern European countries. In countries where the practice of medicine yields a much lower income than that of a taxi driver, the only people interested in getting a medical degree are those genuinely attracted to medical knowledge and helping sick people. If you have ever been a patient of such a doctor, you know what I mean. In Western countries, people mainly become doctors because it makes financial sense. The rare humanitarian or medical nerd is usually weeded out along the way. The less time a doctor spends per patient, the more money they make. Similarly, the less money spent on treatment, the more money an insurance company - or a government, in case of socialized medicine - makes. Also pharmaceutical companies like money, and thus they are not interested in a cure but in patentable symptom relievers or vaccines. Insurance companies are the gatekeepers between patient and treatment, so they trump Big Pharma. Big Pharma merely assures there will never be a cure, only expensive symptom relievers. 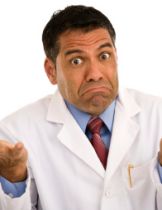 Medicine nerds and humanitarians can be expected to keep educating themselves and keep looking for cause and cure. However, the typical Western doctor has more important things on his mind, such as increasing profits and minimizing effort. Doctors are basically one-man medical companies and companies have only one goal: Profit. Maximum profit is achieved by minimizing work-per-billable-unit.

There is also a more treacherous form of apathy involved: Cowardice. Most doctors who suspect that Lyme often does need long-term antibiotic treatment are afraid to actually administer it, for fear to be accused of, and sued for malpractice - an allegation promulgated by the Lymie haters. And a doctor daring to use antibiotics against "MS" or "ALS" will soon feel the wrath of his peers and get exposed as a quack in their professional magazines and online, as well as risk a revoked license for malpractice. 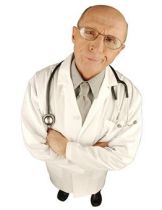 Medical specialists like to appear highly knowledgeable experts by endlessly diversifying the pathological picture of illnesses. They keep inventing new names for slightly different symptoms, obfuscating the real cause while claiming more and more "expertise". They have studied medicine, they are the high priests of life and death, of sickness and health. A lot of prestige is associated with medical specialism and expert status, and a lot of prestige can be lost when this status is undermined. Imagine if it would ever become common knowledge that neuroborreliosis is antibiotic-resistant just as neurosyphilis is. That would mean that "experts" such as Allen Steere (a relentless campaigner for the withholding of care to Lyme patients) are in fact complicit in the death of countless thousands of people. Of course, such "experts" will keep doing everything they can to maintain the status quo, because the alternative is public exposure as an ignorant, arrogant, hateful, unethical medical saboteur with a long list of deaths on their conscience. 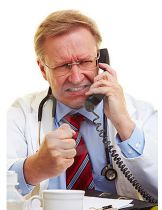 Most cultures have an expression like "The nail that pops up its head gets hammered down". Scandinavian countries even have a whole list of do's and don'ts - the "Law of Jante":


There is perhaps no profession that adheres to these principles as vehemently as the medical profession, and in the medical profession there are no people that more ruthlessly apply them than the "experts", those with most to lose in terms of money, status and even criminal liability for malpractice. Hence the situation is inherently politicised, it has become a matter of fame & fortune, of living the good life instead of becoming the underdog, the has-been of yesteryear. The natural response to those doctors who challenge the status quo is to ignore and marginalize them and if that doesn't work, to expose them as "quacks" far and wide and to have their licenses revoked by a disciplinary panel for alleged malpractice. The self-declared "experts" provide "expert testimony" in such trials, usually well remunerated by an insurance company.

Envy of achievement and understanding is another factor. Most doctors and microbiologists who subscribe to idea of infections being at the basis of many neurological syndromes (MS, Fibromyalgia, ALS, Alzheimer, CFS etc.) didn't arrive at their opinion because they like to be "different". They usually have studied the relevant medical literature and verified its findings in their own medical practice or research work. And through that understanding, they often manage to treat diseases such as Lyme better than the mainstream doctors, making those envious of their hard work, understanding and professional success. Mainstream doctors can get away with ignoring microbiologists who are spreading awareness on these issues, because microbiologists have no customer-facing role and are hardly ever quoted in the media. But fellow practitioners do and are, and can attract those customers that are not adequately served by the mainstream doctors. And that would hurt their pride as well as their pocketbooks and pride, so they report them to medical oversight bodies in the hope to put an end to the annoyance.

Interestingly, it is my understanding that there is not a controversy over lyme among microbiologists (source, a friend in microbiology). I wonder if removing the social rewards and costs from a science would improve the science.

It would certainly improve real science but first we would have to restore the love of knowledge instead/opposed to the love of money but then people would have to realize even before that, that they have a soul and not only a body, an eternal soul who needs to grow with every lifetime hence comes in the importance of knowledge.By the way my sincere and utmost admiration/compliments to the writer of this article i have read quite some articles which are critical towards the medical establishment but this one is the best i ever came across.His/Her points of view are refreshing and very accurate and from all the relevant angles..and from such a great quality.... really good article!!!!!!

Neuroborreliosis is a real bitch.