This is not on how replacing sugar with Stevia will reduce your chance of Osteoporosis - it does - but on how Stevia as a medicinal herb can contribute to the strength of your bones. The Japanese have been doing extensive research into the medicinal properties of Stevia Rebaudiana for decades and it has paid off. A little known fact is that many Japanese and international patents have been issued on Stevia's medicinal properties. 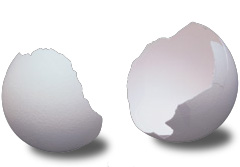 A very interesting patent by Japanese researchers to people who suffer from Osteoporosis (brittle bones) is US patent nr. 6,500,471 by Minoru Sato. In this patent it is described how adding a tiny percentage of powdered Stevia stems and leaves to chicken feed dramatically reduced egg shell breakage. They also state in their marketing materials for their company (JBB Stevia Laboratory/B&L corporation) that pigs that had a little Stevia-extract in their food had double as much Calcium-content in their meat than other pigs.

In the patent, the inventors state that 10% to 15% is a normal eggshell breakage percentage (before the eggs solidify). To solve this, farmers give the chickens extra calcium, but no amount of extra Calcium really helps much because the chickens' Calcium metabolism can't keep up with accelerated egg production. However, when a fine Stevia powder is added to their feed, Calcium metabolism appears to increase very substantially, and now only 2 to 3% of eggs break! Without a decrease in egg production. The inventors admit they do not know which ingredient in the pulverized Stevia stems and leaves is responsible for this small miracle, but they deduce that this unknown compound enhances Calcium metabolism. They go on to say that adding some organic acid to the powder will help to liberate the active ingredient. Citric acid (in fruit), and Ascorbic acid (vitamin C) will do fine, and fit in a dessert of fruit yoghurt fortified with vit. C and of course the Stevia leaf concentrate.

They go on to say that adding Calcium to chickens' diet does not adequately increase Calcium uptake, but that the dried and powdered Stevia herb does!

Osteoporosis is the scourge of the Western world, and Calcium supplements don't seem to help much.

Interestingly, the higher the per-capita consumption of diary products, the higher the incidency of Osteoporosis. Perhaps Stevia can contribute to healthy bones? Remarkably, Osteoporosis in Japan is almost non-existent, Japan being a nation where they eat a lot of foods that have proven to be beneficial to the bones and to prevent Osteoporosis, like Natto (contains vit. K). Stevia is not just consumed as a sweetener in Japan, but they use it liberally in all kinds of brews - fermented, powdered leaves etc. One would be able to test this by growing a patch of Stevia in one's garden and drying and powdering the whole plant. The Stevia extract powder can then be mixed into yoghurt, for example. It will surely taste sweet! Will this be the cure for Osteoporosis? Only more research will find out.

During my research into the role medicinal Stevia extracts can play into the prevention and treatment of Osteoporosis, I came across scanned pages of a booklet published in Paraguay. I translated it into English, and have reproduced the process of making an Osteoporosis-treatment beverage in the picture. The added minerals for increased bone density are Phosphorus, Calcium and Magnesium. I suggest adding vit. K and D as well. Vitamin K is abundant in AlfAlfa, and the best way of adding both Calcium and vitamin D is to combine them as commercially available Calcium citrate with vitamin D powder.

If you suffer from Osteoporosis and you want to experiment with Stevia leaf powder, you'll need a large amount. The medicinal dosage of Stevia as a medicinal substance is much higher than that of Stevia as a sweetener, and you would need several years' supply. If it really helps against Osteoporosis, it's still dirt cheap. 25 pounds / 365 years is about an ounce a day, which should be more than enough.

Again - I'm not a doctor. All I can say is that I am sincerely very interested in using herbal Stevia as a medicinal plant, and would be delighted to hear of any successes in the treasment of Osteoporosis.

If you decide to use it, and if your doctor tells you a year later that your bone density has gone up, I would be delighted to hear your story!

"pigs that had a little Stevia-extract in their food had double as much Calcium-content in their meat than other pigs." that sounds bad, sounds like its leeching it out of their bones. Calcium in the meat is not where you want it to be.

I am 67, and I use stevia regularly and I'm also a vegetarian. When I was x-rayed by a chiropractor, he kept asking me about what I ate and was surprised that I was a vegetarian. He said my bones were that of about a 35 year old woman--and that any doctor looking at my x-rays would think that I was in my thirties. He kept questioning me about my diet and seemed very interested in what I ate.

Dejan Gitin is a thief 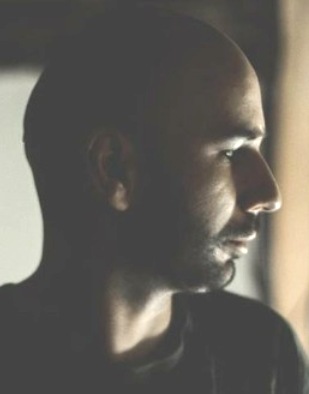 Dejan Mihai Gitin used SalesForce's premises, computer and network to defraud us of $254. We normally only blacklist people who do fraudulent chargebacks on other sites, but Dejan insulted and threatened us, in spite of us warning him that he'd end up here if he'd not pay us back and stop being rude. Mr. Gitin granted us a license to reproduce his photo and personal and professional details in a contract, agreeing with our T&C, digitally signed on March 17, 2020. DEJAN GITIN, 1045 MISSION ST, APT 488, SAN FRANCISCO CA 94103, USA. Phone: 628-252-9333. Email: garret2k2@gmail.com IP: 13.110.54.43 (registered to SalesForce).