Candida and heavy metals such as mercury

Heavy metals are undeniably bad for us. It has been found that especially mercury, in levels found in the average human body, depresses the immune system. This has lead many people with websites about Candida to claim that "Candida and heavy metals go hand in hand", peddling heavy metal tests, mercury detox protocols, heavy metal detox diets and especially a myriad of supplements intended to "drive out the heavy metals". 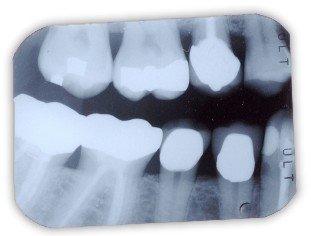 Interestingly, colloidal silver - a "heavy", but non-toxic metal - actually is an effective antibiotic/antifungal. Therefore the term "heavy metals" is inaccurate - we should just call them "toxic metals" instead. Mercury compounds are effective antibiotics/antifungals as well (that's why they're added to vaccines) but in concentrations found in our bodies, all they can do is slowly causing organ damage - they have little to no effect on the bacteria and fungi in and on our bodies. We thought it would be easy to find scientific backup to the very specific and rather bold claims about mercury as it pertains to Candida, but in spite of a plethora of claims, there isn't any - just sales talk disguised as professional nutritional/holistic advice, or a bland repetition of such "propaganda". Our position is that yes, mercury and other heavy metals have a negative influence on health but the significance of heavy metals' connection to Candida is greatly exaggerated, giving the false impression that if you buy some of the myriads of questionable "detox" products out there, that all will be well. In our opinion, those products do not work as claimed. In our opinion, all you can and should do is to avoid mercury-rich food, move out of a mercury-rich environment and to let amalgam fillings be replaced by a better alternative. The body will then naturally eliminate most of the residual heavy metals in a matter of months. My opinion about Candida and heavy metals, specifically Candida and mercury is as follows - of course I can be wrong. I am not a medical doctor, but I consider myself experienced and qualified enough to give an informed opinion:

Not necessarily, and certainly not directly. Candida grows very well without heavy metals present (in a Petri dish in a lab for example) and heavy metals are toxic to all life, including fungi, including Candida. There is no evidence that mercury has the slightest influence on Candida growth.

2. "Candida absorbs heavy metals and that makes you sick until you are detoxed"

Nonsense. Heavy metals can only make you sick when they bind with important molecules in your body, causing damage or problems within the central nervous system and other organs such as the kidneys. Mercury bound to Candida would be totally harmless, as it cannot bind to the body's molecules any more. Contrary to popular belief, chronic Candida in the organs or CNS is extremely rare because without medical treatment, this would kill in mere days. The average Canida sufferer has Candida in or on the mucous membranes - and skin - mouth, vagina, warm moist skin areas and the intestine. Some people have it in the lungs or bladder. The Candida remains on surfaces (inside or outside the body) and rarely enters the bloodstream or inside organs. When that happens, the patient dies in a few days, often even when intravenous antifungals are promptly administered. There are no grounds to assume that Candida can "attract" mercury, neither is there to assume that Candida-bound mercury is more dangerous than brain-bound mercury.

Wrong. Heavy metals do not accumulate on the mucous membranes or on the intestinal lining - the only places where Candida could bind with them. At those locations, the heavy metals would be outside of the bloodstream and outside important organs, so they are not a problem there. Mercury's most important trouble-spot is in the central nervous system. Candida in the central nervous system leads to death within days, therefore, non-dying people never have Candida in the CNS. For these reasons and others, Candida does not aid the body in getting rid of heavy metals. The fact that some mercury atoms have been discovered in Candida cell walls (if they ever have - we haven't seen the research yet) does not mean that the Candida miraculously removed those atoms from the brain. There are no "good" or "healthy" levels of Candia in the body. In the colon, more than 1 yeast cell per 1000 intestinal bacteria is already pathological. Candida is a parasitic, opportunistic, potentially lethal microorganism and no research exists that it is in any way beneficial to any living organism.

Unlikely. It would be theoretically possible, only if you have a bad case of mercury poisoning but otherwise have an excellent diet and no history of using antibiotics or other risk factors. We have never seen credible evidenc to support this theory however. Ordinary people with mercury fillings do not easily get Candidiasis. There seems to be no firm relationship. People without amalgam fillings do get Candida infections, and people with mercury fillings usually don't have Candida infections. Candida is like any other hostile microorganism that has infected our bodies. Fungi are well-adapted to colonizing a compromised body - compromised due to many factors such as overuse of antibiotics, poor hygiene, immunodeficiencies, bad diet, stress etc. There are many factors much more important than heavy metals.

5. "When you kill Candida, it releases heavy metals that make you sick"

No. The Mercury is bound to Candida's cell wall. When the Candida dies due to antifungal treatment, its cell wall bursts open, but releases no mercury because that remains inside the burst cell wall. The dead Candida is then eliminated through feces or natural turnover of mucous membranes.

6. "Heavy metals damage the part of the immune system that fights Candida"

There is an element of truth in this, but it is tremendously exaggerated due to commercial motives. The effect of stress, lack of sleep and excercise, simple vitamin and mineral deficiencies is much higher, except in the most egregarious cases of mercury poisoning. You have to understand that the body has natural ways to get rid of heavy metals. Yes they are cumulative, but when you remove their source, you are "clean" within at most a few years. The thousands of products that claim to help removing heavy metals simply do not work. The ones that do work are medical chelation products, and even they have limited efficacy and serious side effects.

7. "Candida needs to eat mercury for its own survival"

No it does not. No organism in nature needs heavy metals for survival, neither were heavy metals readily available in host organisms or their environment before the industrial revolution, which is a negligible timespan in evolutionary terms.

8. "Mercury kills all the good bacteria so that Candida can proliferate"

False. Most of the bulk of feces consists of bacteria. If you would have no bacteria in your feces, it would be sterile and it would smell nice or not at all. You would either die of severe diarreah, or you would have such constipation that surgical help would be required. The levels of mercury in the bloodstream of people with mercury poisoning is too low to be able to kill bacteria. It is mainly detectable in hair, nails and the CNS and hardly in the soft tissues and mucous membranes where we find the beneficial skin and gut flora, as well as Candida. Those levels are many orders of magnitude too small to have an antibiotic effect, and any exposed gut bacteria would quickly develop resistance even at much higher levels. You would be dead of mercury toxicity before the bacteria would. Gut and skin bacteria even develop total resistance to megadoses of doxycycline and amoxicillin after a few years. Even with enormous levels of mercury in the bloodstream, bacteria would have become resistant a couple of years after the fillings had been set. Moreover, antibiotic mercury compounds (such as Thimerosal) are just as toxic to fungi as they are to bacteria - this is why they are added to bulk vaccination vials.

9. "The body allows the Candida to proliferate as a defence mechanism, because the Candida binds the mercury in its cell wall"

The body does no such thing, because the risks of a Candida infection are much higher than the risks of mercury poisoning. There are no evolved mechanisms that stop immune actions against fungi as a direct reaction to the presence of mercury, because mercury poisoning was not an issue before the industrial revolution. Deliberately auto-suppressing such an important part of the immune system would have disastrous consequences for the susceptability to infectious agents. It would mean that you would likely succumb to a deadly fungal infection (Aspergillus of the lungs, Candidiasis of the mitral valves etc.) when you would on occasion ingest a heavy metal. There is no proof that this mechanism exists, and it is highly unlikely that it does.